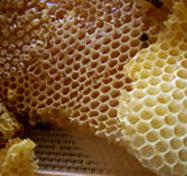 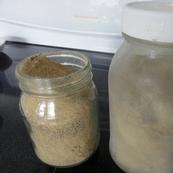 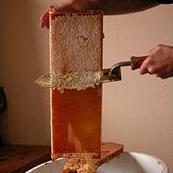 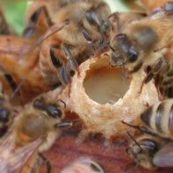 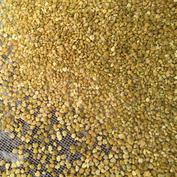 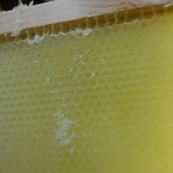 1.  Bee Pollen - is  (K)kosher.
2.  Propolis (pure) - is kosher but non-kosher if anything is added.
3.  Royal Jelly - is not kosher as it is a secretion from the honey bee.
4.  Beeswax - is not considered a food. Therefore, it is kosher in it's pure form.
5.  Honeycomb - is kosher but may not be squeezed on the Sabbath, and the honey should be removed from the comb before and not on the Sabbath.

6.  Honey, as already mentioned, is a kosher-sourced food. How it's processed, handled, and observed makes all the difference. 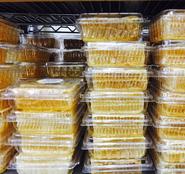 HONEY AS A KOSHER FOOD

Honey and Bee Products as Kosher Food
-Who knew?

As kosher only applies to a small percentage of the population whether religious, non-religious, observant, or non-observant, it is rather fascinating to learn about this food labeling concept, how it relates to bees, honey and other honey bee and hive products.

Honey is derived from kosher flower nectar. Honey bees collect it in their honey sacs. Each honey bee transports the nectar to the hive, passes the nectar on to another bee at the colony, then stores it in colony honey comb. Stored nectar that becomes honey is never digested by the bee.  So, it is not considered a product of the bee itself like milk from a cow or eggs from a chicken.

Honey is stored and cured by evaporation for later consumption- like bringing home and putting away the groceries. I think you get the concept.  The transported nectar is the sweet juice of flowers, which becomes honey - sugars- inverted by honey bee enzymes from the bee's honey sac.

The honey sac is not part of the digestive process. It is a means of storing and transporting. Living in populous colonies, the large population numbers in the colony allow the bees to gather and store excess quantities of nectar, which is turned it into honey for stored food for the future.

Adulteration and flavoring would make it not 100% pure, and, therefore, it would no longer be kosher.

Non kosher food equipment cannot be used in the processing (extracting, handling) of the honey. It has to be handled in a kosher manner to maintain a kosher status. This is primarily due to the fact that honey can be "leavened" or caused to ferment and is "symbolic of the unruly human nature, and of certain bad traits of character like pride, conceit, arrogance." But this is for a whole other discussion!